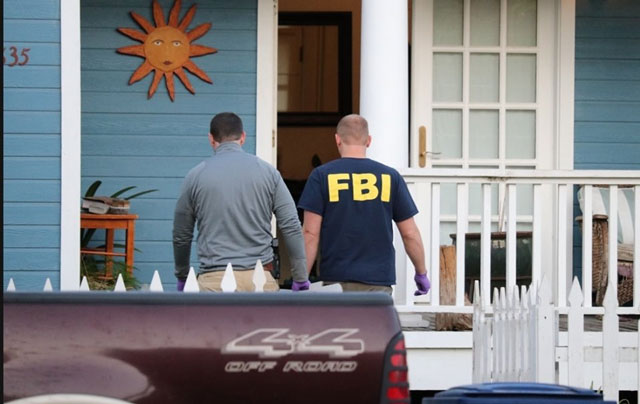 The FBI served search warrants related to a narcotics investigation on Tuesday morning in Paso Robles, Atascadero, and Santa Margarita.

Two men were arrested in the investigation, according to reports, Gary Wallravin, 64, of Santa Margarita and Marc Wolf, 49, of Atascadero. Both were to be transported to the US Courthouse in Los Angeles to appear on charges.

On Tuesday, authorities served search warrants at Wallravin’s residence at 22617 K Street in Santa Margarita, Wolf’s home at 5305 Vega Avenue in Atascadero and a third premise — where the gun was stored — at 1835 Vine Street in Paso Robles.

Law enforcement served the search warrants in an attempt to seize evidence and supplies used for the distribution of narcotics as well as any documents or records connected to any possible additional crimes.

The Federal Bureau of Investigation served a search warrant on a home in the 1800 block of Vine Street in Paso Robles early Tuesday morning.

The FBI and law enforcement staged at the Mid-State Fairgrounds parking lot and started the search before 6 a.m. By 8:30 a.m., the scene on Vine Street had wrapped up.

At least nine of investigators’ vehicles, dark SUVs with tinted windows out of Los Angeles area, lined up along Vine Street during the search. At one point, agents could be seen going into a garage, with the door cut open, and were seen searching a boat and a truck inside. The agents gathered items, putting them into bags.

An FBI agent at the scene said no other information was available at the time. Paso Robles Police Department reported there were no injuries, and it was unknown if anyone was arrested.

The incident was part of multiple search warrants served throughout San Luis Obispo County, according to reports.

– Jason Brock contributed to this report