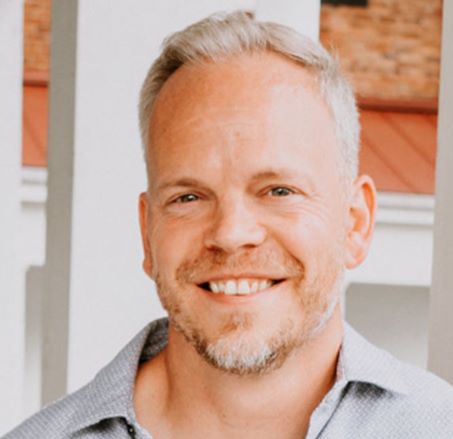 His mission for ministry is the “3Bs” – Belong, Believe and Become

–Templeton Presbyterian Church installed the historic church’s new pastor, The Rev. Roger Patton, on Sunday, September 26, 2021. He comes to Templeton from Nolensville, Tenn., a suburb of Nashville, Tenn., with his wife Keris and their daughter Hannah, a student at Templeton High. They will initially make their home in the church manse on South Main Street, Templeton. Rev. Patton has a Master of Divinity from Memphis Theological Seminary and a Bachelor’s degree in Religion from Belmont University in Nashville.

One of Pastor Roger’s passions is to make the Bible alive and relevant to today’s generation. He begins his messages with humor, stories and engaging dialogue that some of the congregation have come to refer to as “Patton’s Parables.” As a current doctoral student at the Talbot School of Theology in Southern California, one of Pastor Roger’s requirements in preaching is to preach every message without notes, making for a lively conversational style of preaching.

Pastor Roger says he desires to make the church not simply a place to attend, but a community to belong to – aptly fitting Templeton Pres’ long-standing mission statement, “Connection in the Heart of Town.” His mission for ministry is the “3Bs” – Belong, Believe and Become. His understanding of God’s invitation is “Don’t just come to church, be the church.” One of the visions Pastor Roger cast for the committee that brought him to Templeton was to help make the church a beacon of light and hope for Templeton, the North County and to the ends of the earth.

Until able to return to the church’s sanctuary, worship services are currently being held under the large tent outside the church on Sundays at 10 a.m. at 610 South Main Street, Templeton, Calif. The service is live-streamed and taped for later viewing at the church’s website www.tpctempleton.org. All are welcome and invited to participate in Pastor Roger’s exciting plans for the future.