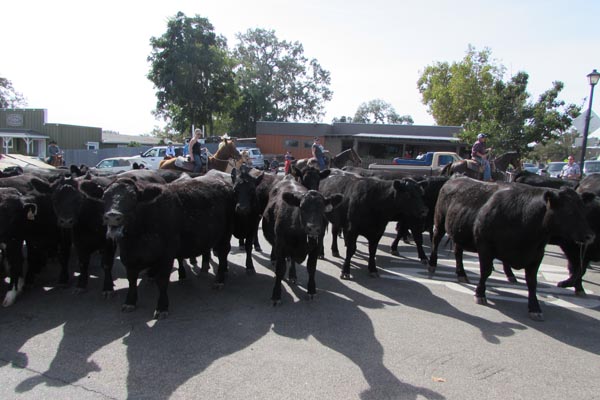 Templeton Founder’s Day kicked off with a cattle drive. Photos by Jackie Iddings.

Founders Day is an annual event sponsored by the Templeton Chamber of Commerce to celebrate the town’s history. The Founder’s Day opening event –the noon cattle drive down Main St.– was a fitting tribute. 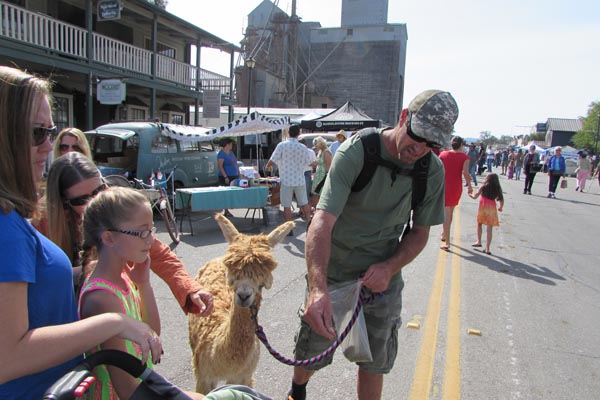 Templeton was founded with the coming of the railroad in 1886. Horse-drawn stagecoaches met the trains and transported passengers to San Luis Obispo where they connected with stages heading south. Templeton remained the end of the line until 1889 when the rail lines were extended south to Santa Margarita. Even then, it remained the rail head for shipping cattle to market for California cattle drives from as far away as the coast, Southern Monterey County and Kern County.

These days, getting from a coastal ranch or the county line to Templeton is a 30 or 40 minute drive by car. Anyone who has spent just one day in the saddle eating dust behind a herd of cattle knows a short car trip is not the same easy jaunt. Shipping by train was the only way of transporting cattle to market in those days. Templeton’s rail head corrals were crowded as was the town during shipping season. The Templeton Chamber of Commerce reproduced those activity-filled early days by filling Main Street with cattle, merchants, visitors and sights to see for Founders Day. 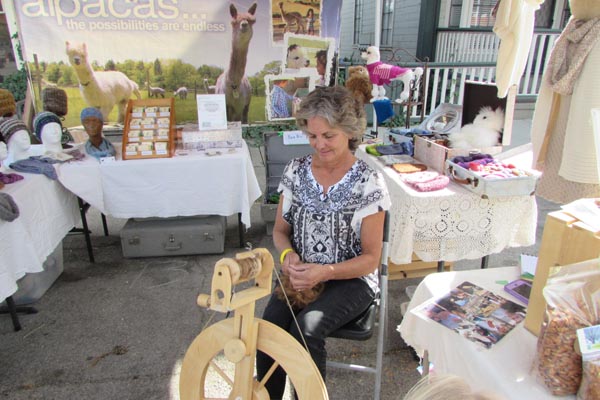 Among the street attractions were Skylar Vannote and Almond Crush, a two year old alpaca, vintage tractors, Model A cars from the Cuesta Crankers Club and Model Ts from the Paso Ts club. The collection of antique cars featured a 1915 automobile that has been on the road for 100 years and another that was made in Alberta, Canada. Restored vintage tractors were also on exhibit.

Templeton 4-H Petting Zoo and the Kid’s Corner Carnival Games and Dress-up Photo Booth drew crowds onto a corner lot. The hits of the petting zoo were the pony and the very friendly chickens. Lacy Conlan and Mark Mitchell, members of the 4-H chicken project assisted visitors with handling the chickens and explaining the different varieties of chickens that were represented. Some show chickens are valued for as much as $300 and there is a special variety called a “Frizzled” because its feathers to curl backwards.

Daphne Capaldi from Capaldi Ranch gave Alpaca wool spinning demonstrations. Capaldi produces a variety of knitted garments, including caps and scarves from the wool which she collects from her 18 Alpacas and processes and spins herself. Capaldi Ranch also produces almonds from their organic orchard. 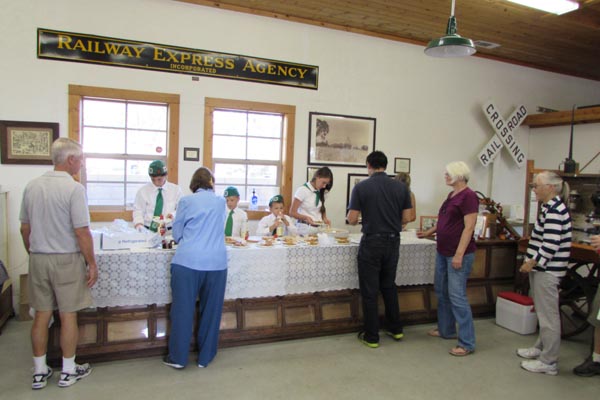 The Templeton Rotary Club’s Chili Cook Off promised to be one of the main attractions of the day. People lined up early for their chili cook-off tickets to be sure to taste the many chili recipes offered for public judging. The chili cooks with the most votes won a $500 cash prize.

Pie and cake, compliments of the the Templeton Historical Museum Society, was another attraction. Volunteers from the Templeton 4-H Club served as quickly as possible as the line stretched from Main St. Into the the restored 1886 Railroad Warehouse.