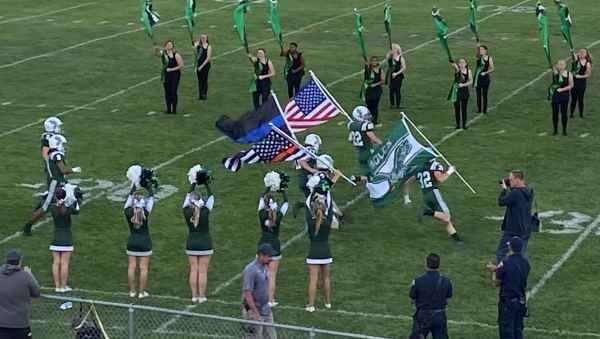 Eagles prevailed in overtime after battle to a scoreless tie

–The Templeton Eagles and Pioneer Valley Panthers battled to a scoreless tie Friday night at Templeton High School, but the Eagles prevailed in overtime. The Eagles scored in OT, and their defense stopped the Panthers to give Templeton the 7-0 overtime victory.

The decisive play of the game occurred much earlier when Sr. Isiah Pascual chased down a Panther ball carrier headed for the end zone. After a 30-yard pursuit, Pascual tackled him on the Eagles 4-yard line. The Eagles made a stellar defensive stand and prevented the Panthers from scoring. Had Pascual not chased down the Panther, the game would have ended with a Pioneer Valley victory in regulation.

Sophomore QB Anthony Chavez was brought up from the JV team to replace Jr. QB Noel Brady, who suffered a season-ending injury. Chavez rose to the challenge. He scrambled for yardage and completed several key passes to keep the Eagles in the game.

The Eagles improved to 2-1 for the season.