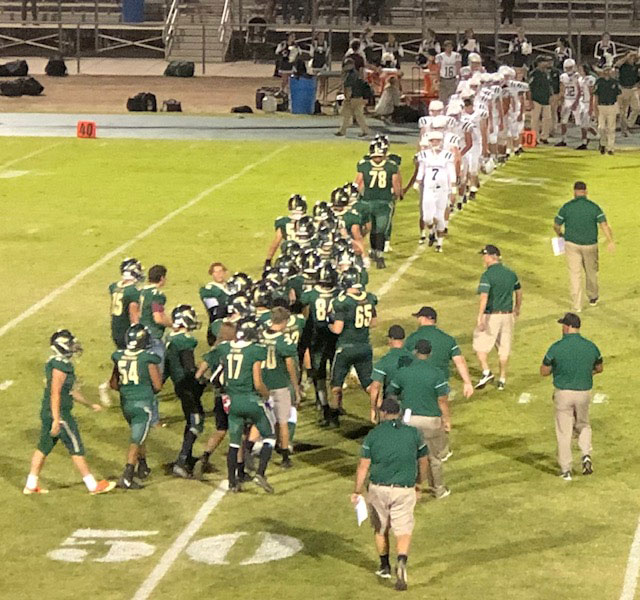 Quarterback Tyler Kaschevsky ran for two touchdowns and threw for another. That gives him 14 TD’s for the season. Marino D’Alfonso had two touchdown receptions. The Eagles offense gained 480 yards in 46 plays. The defense stopped the Pirates run and forced several turnovers in the second half. The Eagles improve to 4-1. Next weekend, they will host St. Bernards, an undefeated private Catholic high school out of Eureka. The 5-0 Crusaders had a bye Friday night. They beat Ferndale 47-27 on September 21st.

The Paso Robles Bearcats lost a non-conference game at Sanger Friday night, 42-14. The Apaches scored 14 unanswered points in the first quarter and outscored the Bearcats 21-7 in the second to take a 35-7 half-time lead.

Each team found the endzone in the third quarter, which produced the final score, 42-14. With the loss, the Bearcats fall to 2-4. After a bye week, they open conference play at Arroyo Grande on Oct. 11.