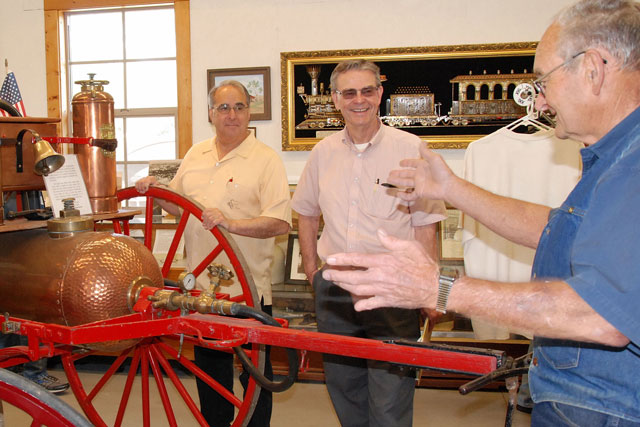 “I learn something new on every tour,” said Martin. “I learned about the founding of Templeton, its early leaders, the history of the railroad in the community and saw so many things that make Templeton history pop off the page. I was especially impressed with the “new” Model-T. This car was found in pristine shape having spent decades out of the weather. It only has about 300 original miles on it. It is the oldest vehicle with that ‘new car’ feeling I’ve ever seen.”

The Templeton Historical Museum Society as incorporated as a nonprofit organization in 1989. The museum is operated and maintained by volunteers and relies on donations to further its programs. For membership information please call (805) 434-0807. 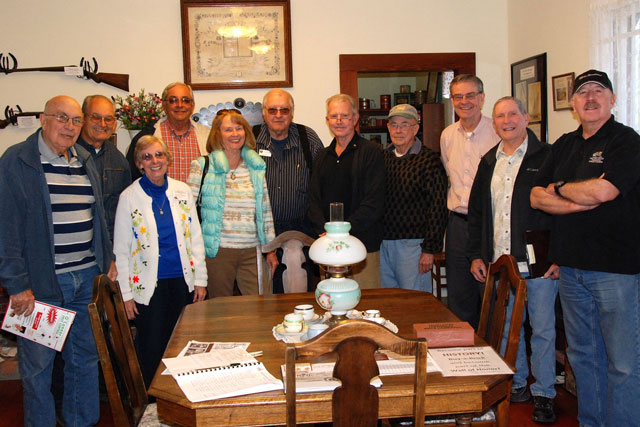 It was a full house tour at the Templeton Historical Society Museum. Photo by Al Garcia.

The monthly Mayor’s Museum Tour began with a presentation to the North County Historical Co-op last November. Representatives of the area’s museums jumped at the idea of showing off their hard work to preserve the history of the North County

“We visit a different museum each month on the second Wednesday at 10 a.m.,” said Martin. “The public is invited and there is no charge. A full schedule of tours is linked from the Paso Robles city website, www.prcity.com.”

The next Mayor’s Museum Tour will be at the Estrella Warbirds/Woodland Auto Display at the Paso Robles Airport on April 13th. No reservation is necessary but an RSVP is appreciated so the facility will have an idea of how many people to expect. If you would like to RSVP you may email the mayor at smartin@prcity.com.

Read more about Templeton in the Templeton Community Guide.