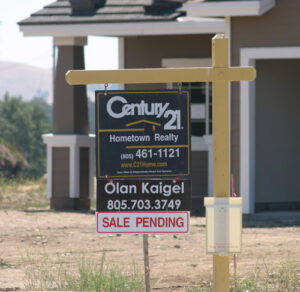 The last escrow of 2014 that was closed by Century 21 agent Olan Kaigel was on a property with a bomb shelter. “My clients were buying an empty lot, and as a bonus they received a bomb shelter,” he explained. It consisted of a concrete 8 x 12 foot room with a ceiling light and a faucet by the entry, 12 feet underground.

Kaigel grew up in Czechoslovakia, in an area that is now part of the Czech Republic, which was then a part of the eastern bloc occupied by Russians. “Our mothers had to get up early in the morning to get a good place in the line to buy cauliflower or cucumbers, or veal only if one was friendly with the butcher,” he recalled. He immigrated to this country as a political refugee and obtained his real estate license in 1975.

He explained that, when busses of Russian tourists came to visit they were envious of their “high living standards,“ while American people on the other side of the world were afraid of us. “We did not have money to build the bomb shelters, but if we had, we would probably build them too,” he said.

In the fall of 1983, Kaigel moved with his wife and their two daughters to North County. “Every time I am driving around to show the houses to prospective clients I am grateful for being able to live here and hope that we will never have a need to build bomb shelters again,” he said. His clients are planning to build a house on the property and keep the bomb shelter as a wine cellar.