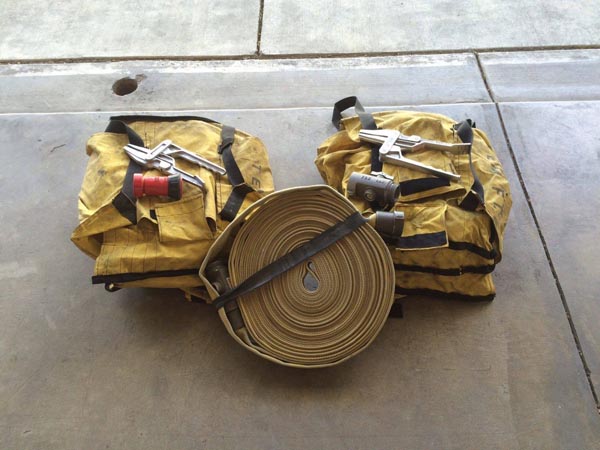 –The wildland firefighting equipment taken from Templeton Fire and Emergency Services has been returned. “Our equipment, originally reported stolen on Saturday, April 23 was returned to the Templeton Fire Station late yesterday afternoon” said Templeton Fire Chief Bill White. According to White, the department did not pose questions as to the nature of the return.

The police report filed with the San Luis Obispo County Sheriff’s Department has been retracted.

“The Templeton Fire and Emergency Services is incredibly grateful to the number of citizens and businesses that came forward with extremely generous donations,” said White. “The department has offered to return donations to those parties that stepped forward. I’m very appreciative that three donors have asked the department to use the monies to purchased additional needed equipment before the wildland fire season begins,” said White.

The Templeton Fire and Emergency Services Department is accepting donations for firefighting equipment. Donations are tax deductible. Interested parties may contact Chief White at (805) 434-4911 or Chief@templetoncsd.org for more information.

–Firefighters from Templeton Fire and Emergency Services returned from a call last weekend to a training activity they were conducting at Vineyard Elementary School to find that $2,000 worth of firefighting equipment had been stolen, according to Templeton Community Services District. 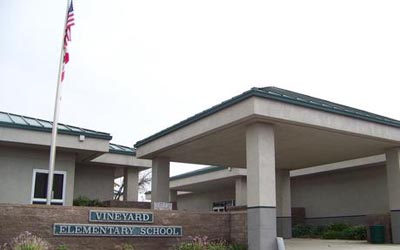 On Saturday, April 23, at approximately 10:50 a.m. members from the Templeton Fire and Emergency Services were preparing to train on wildland firefighting techniques. Fire crews were utilizing vacant land adjacent to Vineyard Elementary School and had set out equipment for the training. The equipment included two hose packs which were filled with 400 feet of light weight wildland hose, nozzles and other firefighting equipment. Prior to commencing the training, the firefighters received a 911 call for a multiple vehicle accident near Vineyard Drive and Highway 101.

In an effort to respond as quickly as possible to the vehicle accident, emergency personnel left the equipment they were going to train with behind. Firefighters were at the scene of the accident for approximately 45 minutes. Five patients were medically assessed. One patient was transported by ambulance to Twin Cities Hospital.

Fire crews cleared the emergency and returned to train near the Vineyard Elementary School. When they arrived, the equipment was gone. A thorough search of the area was conducted, but the equipment was not located. Firefighters contacted the San Luis Obispo County Sheriff’s Department and requested a crime report. The total value of the equipment is estimated to be $2,000.

“We are all extremely concerned and saddened that someone stole valuable and essential firefighting equipment from our Department,” said Fire Chief Bill White. The individual(s) not only stole from the Department, but the Community of Templeton since our resident’s tax dollars pays for the equipment,” said White.

Since a benefit tax initiative failed back in 2009, the Templeton Fire and Emergency Services has struggled financially to fund the department, according to the TCSD. In 2015, the Templeton Community Services District conducted a survey of residents and property owners on their support for a tax to fund fire and parks and recreation. Unfortunately, there was still not enough support to approach voters for an additional tax.

“Every single dollar in our budget has to be stretched to the very limit and replacing stolen equipment means some other program or needed equipment may not be funded,” said White. “I would ask the person or persons who took the equipment to please return it to us with no questions asked,” said White.

The Templeton Fire and Emergency Services is asking anyone in the public who may have information regarding the theft to contact the San Luis Obispo County Sheriff’s Department at (805) 434-4290 or Crime Stoppers at (805) 549-STOP (7867).