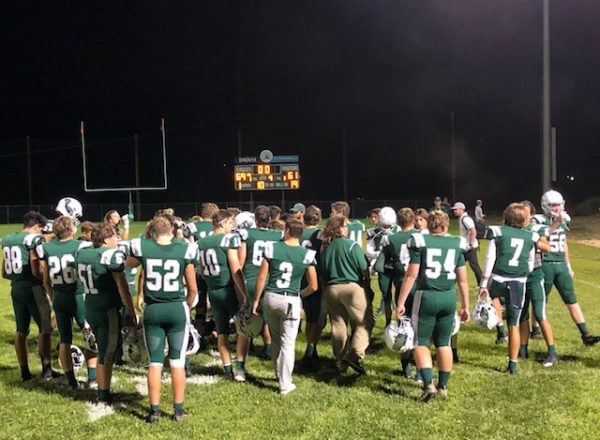 Eagles celebrate with remarkable score illuminated on the scoreboard.

The Templeton High School Eagles varsity football team hosted the highly-regarded Carmel Padres in their home opener. The high-scoring affair pitted the running of Eagles quick quarterback Tyler Kaschevsky against the prolific passing of Padre’s quarterback Kai Lee. The Eagles prevailed 69-61 to improve to 2-0 for the season. Next Friday, they’ll travel over the grade to play San Luis Obispo. 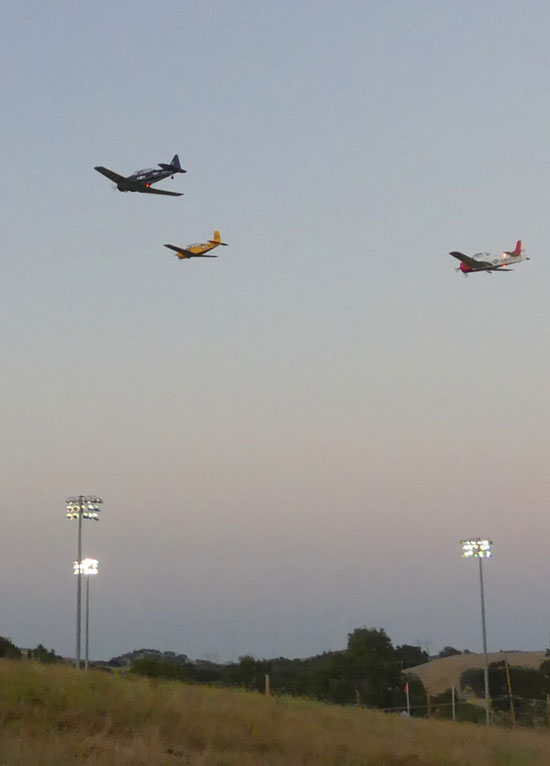 The Bearcats scored first, but the Miners tied the game, twice. Then in the 4th quarter with the score tied 14-14, Jorge Sandoval kicked a 17-yard field goal to put the Bearcats ahead 17-14. The defense held and the Bearcats won, improving to 1-2 for the season. Next, the Bearcats travel to Fresno to take on Central, one of the top-ranked teams in the state.

The Atascadero Greyhounds went to Bakersfield to play Stockdale. The Mustangs beat the Greyhounds 21-7. Atascadero falls to 1-2 for the season.

The Greyhounds will host Shafter next Friday night.