–The Concerts in the Park 2015 series was amazing and very successful. This year had some great bands in the line-up. Some were new to the Concert Series, and some were returning favorites. We started off with Grammy Award Winning Louie and the Lovers who rocked the park with their incredible sound. The Mojo Combo followed up with their upbeat blues, soul and classic rock style. Cuesta Ridge came out offering their bluegrass sound for an evening. 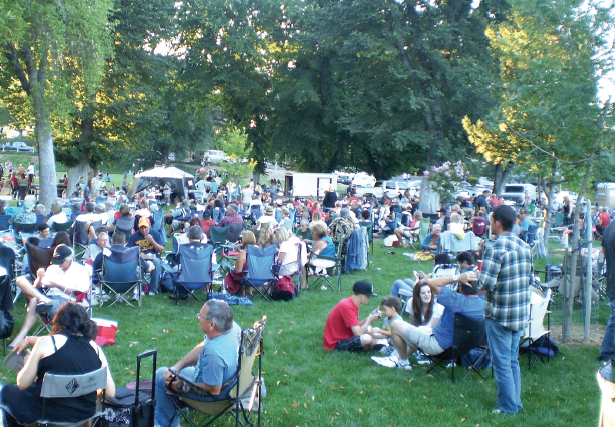 Wild the Coyote, led by local Mo Smesme brought in a full-house and had music enthusiasts out dancing and having a good time right before the Fourth of July celebrations! The Jammies came out and gave a spectacular appearance as always with their Classic Rock and blues genre. Dr. Danger showcased rock & blues. Big Daddy’s Blues Band opened the night with a special guest appearance from Dr. Alexander Castellanos M.D. playing the Star Spangled Banner, complete with Boy Scouts presenting the flag. We welcomed The Martin Paris Band back for a night of familiar rock and country tunes, a hit for all in attendance. JD Project brought in the August portion of the series, playing up the crowd with some great Rock, Blues and Soul.

In conclusion a special thanks must go out to the following groups and businesses for their extremely generous donations, which made this seasons Concert Series a smash hit.

Special Thanks to Allen Kroger with Templeton Craftsman Classic Homes who donated eleven, $100 McPhees Grill gift certificates that Recreation Department Staff raffled at each concert. His donation enabled us to raise $3,345 to offset concert costs.