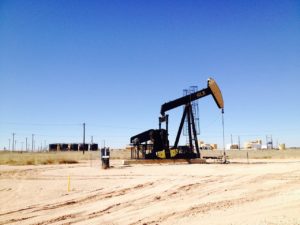 3000 more signatures needed to get initiative put onto ballots

Sentinel Peak Resources (an oil driller) is proposing a 480 well expansion of the Price Canyon oil field, (also called the Arroyo Grande oil field), which produces one of the most toxic and carbon-intensive crude oils in the world, and is awaiting approval of a drinking water aquifer exemption by the Environmental Protection Agency.

“Such an action would greatly increase the risk of toxic wastewater injected underground into a designated drinking water aquifer, which could pollute water wells in the Five Cities area,” said Charles Varni, Environmentalist and Co-Founder of the Coalition to Protect SLO County.

North County water quality up to and beyond Monterey is affected

The North County region, home to award-winning vineyards, wineries, and a multi-million dollar tourist economy, faces major issues around groundwater supply with local ground basins in overdraft and the region still in drought, according to the Coalition. The advent of fracking for oil in our region will further threaten groundwater due to the underground disposal of oil production wastewater and chemicals, they say.

The initiative will amend the county’s General Plan, Local Coastal Program and County Code and will prohibit using land in the county’s unincorporated areas for oil well stimulation treatments such as fracking and acidizing. It will also prohibit the drilling of new oil and gas wells in unincorporated county lands. Under the initiative, existing oil extraction facilities will be allowed to continue operation. The initiative protects vested rights and allows the county to grant limited exceptions to avoid taking private property.

Read a story about the coalition, “How Residents of One California County Are Taking on Big Oil” published by AlterNet.