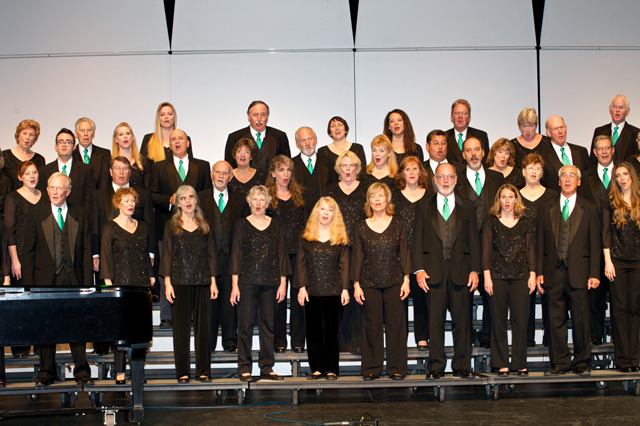 The San Luis Obispo Vocal Arts Ensemble will bring back their popular “American Music” concert series in late March, with three concerts from Nipomo to Paso Robles. Highlights of the program include songs like “Lollipop”, “Eleanor Rigby”, “Somewhere” from West Side Story and much more.

Performances will feature soloists, duets, small ensembles and the entire 50+ adult choir. Tickets are on sale now at their website www.vocalarts.org or by calling the office at (805) 541-6797 for the shows on March 19, 21 and 22.

The Saturday March 21 show at the historic Park Ballroom in Paso Robles will feature a cabaret-style seating with wine and dessert, and the Vocal Arts will also perform at the Monarch Club at Trilogy Monarch Dunes in Nipomo for the first time on Thursday, March 19.

For the last 38 years, the Vocal Arts Ensemble has been regarded as a community treasure of California’s central coast, regularly entertaining audiences with a variety of concerts in and around San Luis Obispo County. The group has also become highly regarded beyond our shores, winning friends, acclaim, and awards in international choral festivals. Tours have included the British Isles, Russia, Poland, Italy, Austria, Slovenia, Hungary, the Czech Republic, Argentina, Uruguay, Sweden, Norway and Canada.

Over the years, numerous singers with Vocal Arts have also been successful professional performers. Others are dedicated amateurs who may be seen performing a variety of noteworthy “day jobs” in the community. A beloved mainstay of the ensemble is its primary accompanist, Barbara Hoff, who was formerly the principal keyboardist with the SLO Symphony. The group’s founder, Gary Lamprecht, is well known as an inspiring teacher, leader, and visionary in the world of choral music , and who recently was awarded the Lifetime Achievement award from the American Choral Director’s Association.