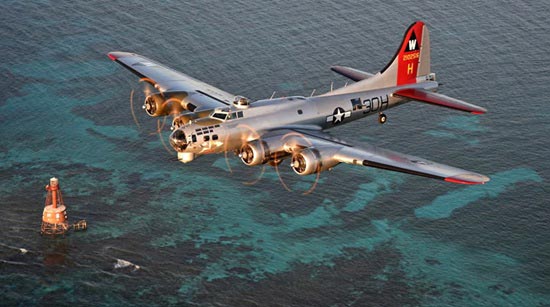 Fewer than 100 B-17 airframes out of the original 12,732 planes remain, and less than 15 can still take to the air. The bomber was used primarily in Europe and flew missions from bases in England, often lasting for more than eight hours, and struck at targets deep within enemy territory.

Because of their long-range capability, formations of B-17s often flew into battle with no fighter escort, relying on their own defensive capabilities to insure a successful mission.

The B17 coming to Paso is owned by the Experimental Aircraft Association (EAA) and the visit to Paso is sponsored by the local EAA Chapter 465, in cooperation with the Estrella Warbird Museum.

Schedule of the B17 in Paso Robles