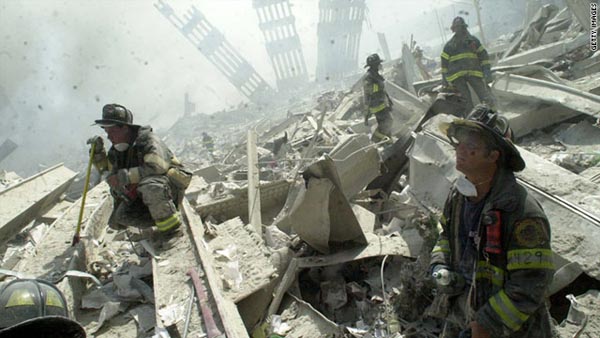 The stair climb is designed to honor those who died in service during the aftermath of the 9/11 attacks. Photo from CNN,

Firefighters will make the 110-floor climb, 2,598 steps, on Sept. 11 from 9 a.m. to 3 p.m. in the stands at Volunteer Stadium – in full gear that weighs between 50 and 70 pounds. The climb will be done in a patterned zig-zag that will culminate in climbing the number of stair steps it would have taken to reach the top of the World Trade Center.

The public is invited to watch this act of tribute. Attendees are asked to be aware that this is on a school day and the event is taking place on a school campus. Parking will be available on Main Street south of the stadium.

Firefighters are asked to RSVP to Captain Wall at his e-mail at bwall@templetoncsd.org.