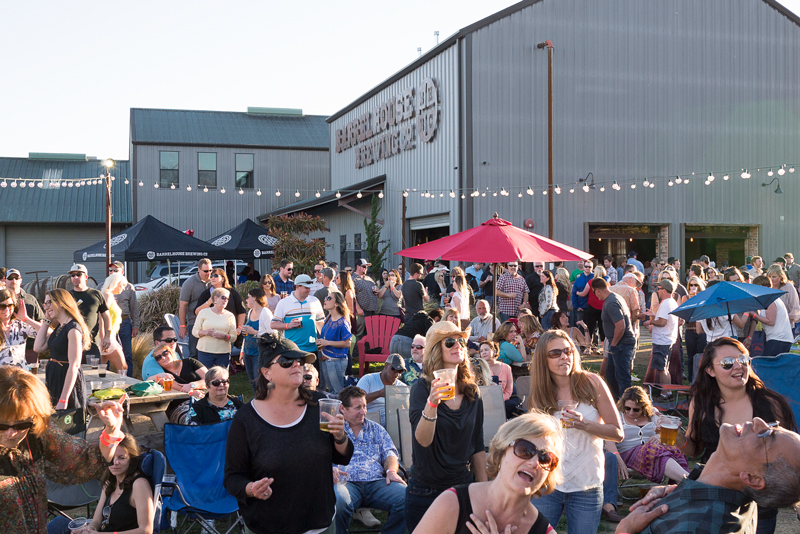 Locally-owned and operated brewery finds success on the Central Coast

–Jason Carvalho and Kevin Nickell, co-owners of Barrelhouse Brewing Company, are lifelong friends and have been business partners for the past ten years as commercial and residential building contractors. After four years of planning and garage brewing, the duo founded BarrelHouse Brewing Co. in 2012 along with lifelong friend and fellow homebrewer Chris Vaughn. Today, the team of three has grown their business to include more than thirty employees and multiple taprooms including the newest in downtown San Luis Obispo and one currently under construction in Visalia.

From their top selling BarrelHouse IPA and Sunny Daze to their highly-sought-after Curly Wolf – a maple, vanilla, bourbon, barrel-aged imperial stout – and an impressive list of Central Coast Wild Ales in their dedicated barrel facility, the craftsmen at BarrelHouse are a truly talented and passionate crew devoted to pushing the boundaries of beer as we know them.

A local favorite for friends and families is their brewery and beer garden located at 3055 Limestone Way, situated where Templeton meets Paso Robles, where guests enjoy a flavorful lineup of well-made craft beers and relax in the unique beer gardens. This outdoor space has everything the Central Coast is known for including majestic oaks, rolling hills, live music and friendly people. Local caterers can be found most evenings serving up delicious eats to pair with an offering of favorite brews.

Newly-opened in 2016, BarrelHouse created the Central Coast’s only operating speakeasy in the heart of the historic downtown SLO district. This modern speakeasy features an impressive list of draft specialties and year-round offerings, as well as Reservado De Robles Barrel-Aged Beers and Salvaje De Robles Small Batch Sours and Wild Ales.

Although they have quickly grown to be one of the largest locally-owned and operated breweries on the Central Coast, the team at Barrelhouse still takes pride in their hands-on, mom-and-pop approach and commitment to quality. Big supporters of the local community, the team at BarrelHouse Brewing Co. share one vision: Good People, Good Times, and Great Beer!